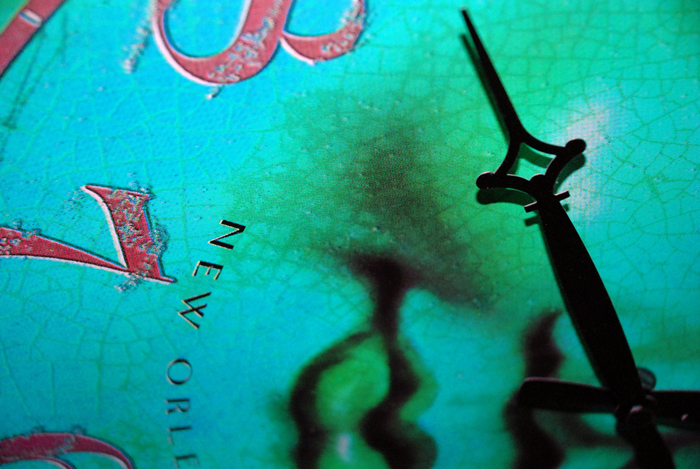 It’s no coincidence that I started my new job on August 4th and I’ve only written one blog post since August 31st.

I knew my precious writing time would be quite elusive for a few months. But I have managed to find smatterings here and there. I have also been reminded of a few things about TIME, itself, over the past few weeks. A few things we all probably know intuitively, but often lose sight of.

It takes time to find time. to make time.

We sometimes become overwhelmed by the fragments we devote to so many other things, to “multi-tasking” in our every-more-busy lives, that we tend to accept that there’s just no time left, that it’s just not there, and as a result we often give up on trying to find it, make it, shape it.

And make no mistake, it takes energy to find and to shape time, but much less energy than what we spend by feeling guilty or by filling with resentment over not having time to do the thing we are called to do.

If you already spend enough time doing the thing you love, then you should stop reading this and get back to it. If, however, you struggle occasionally or frequently to find time for yourself, to dedicate time to yourself, then maybe it will be worth a little of that precious time to read on.

In the past, I’ve taken hours, sometimes a few days to write a single post. Today, I am giving myself 30 minutes. My little ladybug timer is set, across the room, clicking beneath the other the background noise.

Time is a Crossroads

Time is a crossroads. In order to not be consumed by it, we have to learn how to be flexible in our use of it. To rework it which sometimes requires us to compromise.

When I took the new job, I understood I had to begin a huge project right away, which meant I would need to give up the precious morning writing time I had spent the past year developing and nurturing and shaping into a consistent daily routine.

I knew that I’d be working 10-12 hour days every day. It turned out that I worked every day for several weeks.

I mention this not as a complaint or as some sort of hardship. But quite simply because approaching the project the way I have has allowed me to free up my creative energy. We all have myriad things devouring our time. This is not something exclusive to me. And that is the point.

I knew I would have to sacrifice some writing time.

But I also knew that, once the project is over, I’d get back to the page. I’d have my morning writing time free again. And that knowledge has made the time I’ve dedicated to the work project less vexing. Actually, that mindset has allowed me to have fun with the project and not feel resentful.

“Time is what we want most, but what we use worst.” – William Penn

I gave myself permission to use some writing time for the project, with the understanding that doing so would allow me to finish the project sooner, to return to my established writing routine sooner.

Ironically, perhaps, doing so has allowed me to reduce the energy I may have, in the past, spent resisting my desire to write and feeling guilty for not writing. And that has actually given me a little unexpected energy a few mornings to work on some writing, even though I hadn’t expected to do so.

In the past, I may have resented giving up my daily writing time. But the simple act of giving myself permission to temporarily shift my focus and creative time/energy allowed me to complete the project in less time. Which means, I’m back to the page now . . . without the pressure of having that project looming over my head. 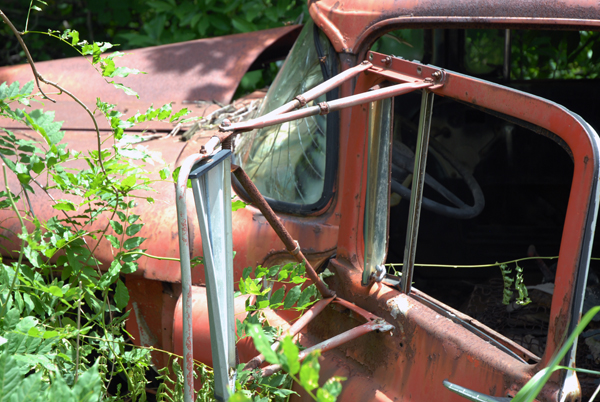 What Remains After Lost Time

“Time is the coin of your life. It is the only coin you have, and only you can determine how it will be spent. Be careful lest you let other people spend it for you.” – Carl Sandburg

I have a propensity of doing for others before doing for myself.

Two things I learned from my specialized yoga and creativity training (I’ve been encouraged, you could say, to not identify the name of such training as it is no longer being offered) come into play here. I have learned to identify my intentions for everything that matters to me, everything that I devote some of my time to (work, family time, time with friends, time alone, my creative pursuits).

By identifying what I am doing each of those things for, I am able to focus in on the true core value(s) behind why those things mean so much to me.

Then, when I “spend that coin” Sandburg refers to doing one of those things, I can ask myself if I’m doing so to meet my intentions or for some other reason (i.e. obligation, duty, guilt, etc). If it’s the latter, I give myself permission to say, “No.” A word I have a difficult time saying to everyone but myself.

Again, something as simple as permission makes a huge difference.

Below is a photo of one of the best things I ever did for myself – spending four weeks at an artist residency in Ucross Wyoming – giving myself uninterrupted time devoted to my writing.

It was a life-changing experience that inspired me to offer retreats to other creatives.

In the photo you’ll find a few of the remarkable people I met at Ucross, talented writers an musicians and visual artists, people who continue to inspire me today even though they have no idea they’re doing so. 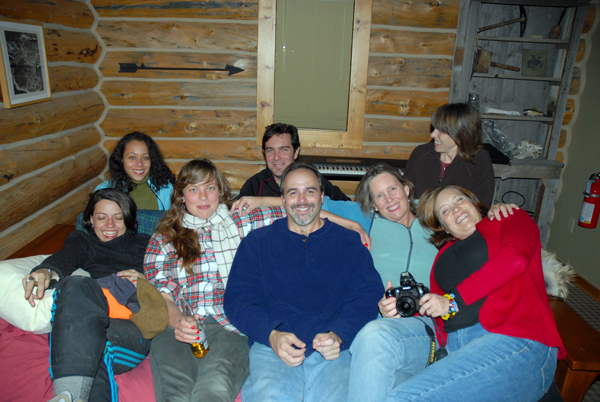 “We are so obsessed with doing that we have no time and no imagination left for being. As a result, men are valued not for what they are but for what they do or what they have – for their usefulness.” – Thomas Merton

Though I only just discovered it, I love that Merton quote.

I’m guilty of being a workaholic. Of being someone who has to be doing something every second of the day in order to feel like I’ve been productive. I believe that need started when I was a child and was so close to death, over and over and over. I became obsessed with being alive and horrified over the idea that I might go to sleep and never wake up. Yes, as a child. From the age of six though adolescence, I was consumed by a fear of death.

As a result, I learned how to “milk” every second of the day.

Sad thing is, in doing so, I forgot how to live.

We often get so wrapped up, as Merton says, in doing that we don’t just forget to live, we spend our time doing rather than being. And what is the point of having a life if we don’t allow ourselves to just be . . . ourselves? If we don’t slow down and be present in the moment?

“The time you enjoy wasting is not wasted time.” – Bertrand Russell 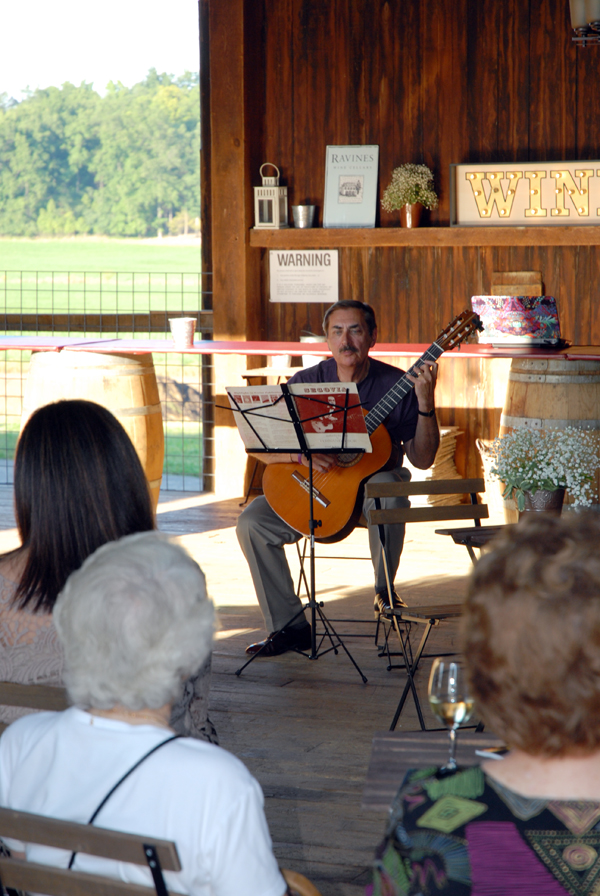 Russell’s quote brings me to a final point.

Finding out the thing you are called to do and giving yourself permission to pursue it – whether that is for fifteen minutes a couple days a week, or an hour on the weekends, or an hour every morning before work, or whatever fits best with the rest of your life (and your intentions) – giving yourself permission to “drop everything and run toward your true self” as Kyran Pittman suggests we all should do, that is the best use of your time.

Wasting time doing the thing you love is not a waste at all.

It is living. It is being.

Isn’t it time for that?

Below is a photo of a very good friend, doing a thing he loves. Running toward his true self. I find that very inspiring. 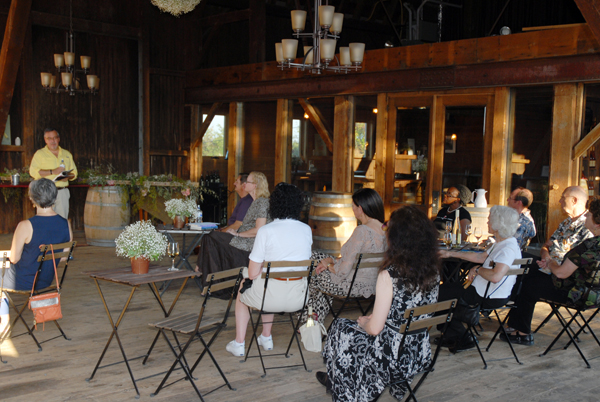