What’s in a Name?

When you think about it, we slip into all these other lives when we’re born (lives and names and cultures that were already here). Lafayette Wattles was my great-great grandfather, a full-blooded Sioux. When I decided to become a writer, I wanted to honor that part of my past as a way to celebrate this new adventure.

Of course, I inherited other names, too, and other cultures (Polish, French, German). They’re all part of who I am and I’ll try to honor them in my writing. But Lafayette, he’s the writer in me, the deep down part that’s always been just a little different.

Okay, I know you’re thinking, what’s with the feather? Does this guy collect ginormous birds or something? It’s simple, really. For the Sioux, a feather is something you’ve earned through great deeds. The feather on this site, the one I’m playfully peeking out from behind, that’s the one I’m trying to earn with my words.

About Lafayette (An Insider’s Scoop)

Some people are born writers. Lafayette Wattles was so not one of those people. He didn’t even start reading until he was twenty-six years old. He could read. He was just too hyper to sit still longer than a few seconds at a time. Unless you had a movie playing. He loved movies.

Did you know, he sees everything he writes as a movie, even his poems?

One day in college they strapped him down and held his eyes open with those clamps you see them use to torture people in movies, and they forced him to read. Okay, maybe it didn’t happen exactly like that, but it sure felt that way. After he read his first book, though, he was hooked. Now he wants to get everyone else hooked (only, without the eye clamps).

Lafayette changed schools in fifth grade and spent the next several years adjusting his perceptions about pretty much everything. By the time he got to high school he was keeping an eye out for anyone who was being mistreated for being different. He’s got a soft spot for misfits, for people who just don’t seem to fit in.

To him, that’s what writing is all about. Having an opportunity to show another side of someone (a side most people might not consider or ever really get a chance to see). To give misfits a voice.

About (The Man Behind the Curtain)
Lafayette Wattles

Lafayette Wattles is the pseudonym for Dave DeGolyer. Remember his love for movies? When Dave first decided to pursue his writing, he packed his car and moved to L.A. and wrote and wrote and wrote (over 600 pages of scripts in one year). He even worked on the set of a low-budget movie and played the dead husband of Amanda Plummer’s character (yes, the same Amanda Plummer who played Tim Roth’s sociopathic girlfriend in Pulp Fiction). Dave’s scene got cut, but somehow his car made it into the movie (which is when he decided to give up acting). After finally pursuing his dream of writing, though, Dave realized one very important thing: being at the page is the one place where he feels most free to just be himself. 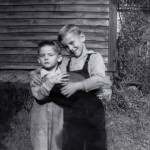 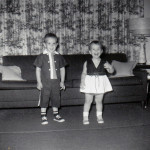