“A rose by any other name would smell as sweet” – Shakespeare

It’s true, I suppose. We could call a rose by another name, Armadillo for example, and it would smell as sweet, would look as beautiful.

We would, on certain occasions, be tempted to procure a dozen armadillos for that special someone. Tenderness and love would be implied by that single armadillo on your pillow. Those armadillo petals strewn throughout the house—a romantic path one would surely want to follow.

I get it. And yet, we do call a rose a rose, which is why armadillo feels so wrong in the same context. In part, of course, because it already has its own meaning, its own connotations, its own identity. 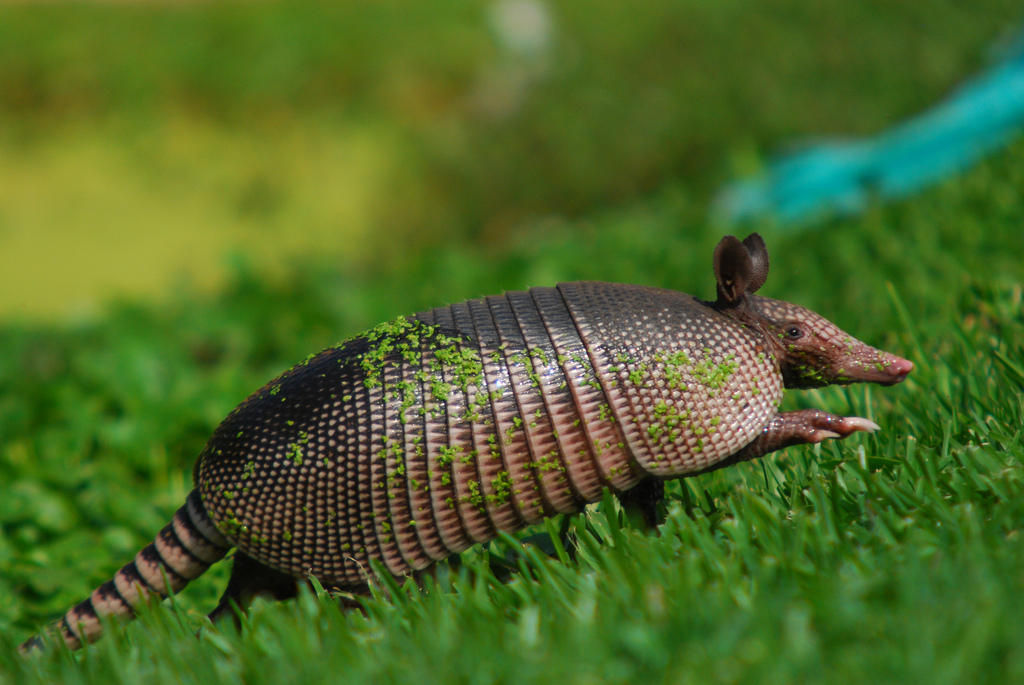 The fact that we are given a specific name at birth and that that is how the world knows us, at least to start. And how often, over time, we tend to acquire new names. Nicknames. Often also given by the very people who named us in the first place. Sometimes they give us a particular name to start with because the shortened version is the one they really want to use. I bet you know people with such names. Perhaps you have one yourself.

I have had ten nicknames over my lifetime, at least ten that I remember.

I am currently working on a Young Adult novel-in-verse (after several years away) about the names people call us (inspired, in part, by one of those ten nicknames from my youth). But I realized this morning, the book is also about the names we call ourselves.

Our identities are often so deeply intertwined with our name that one serves as the other (part of the reason a bouquet of armadillos feels so wrong). Some people only need one name – Prince, Madonna, Elvis, Popeye, Yoda. People whose names are unknown are called John Doe or Jane Doe. They are given temporary monikers with the hope that their true identities might be discovered.

Of course, while the names we tend to be known by as we grow up, the nicknames we earn or acquire (the ones we are gifted with, or tortured with), may sometimes just be abbreviations of full names, more often they are the result of someone else using a word, a name, that captures some essence of our personality – hopefully an endearing trait, like our quickness or our elusiveness or our radiance. I know people with nicknames, The Jet, Slippery, and Sunshine. I also know Peanut and Tiny.

Often times, though, the opposite is true.

Often times the trait being focused on is something deemed negative. And the nickname we are given connotes that negative meaning. We face the danger of becoming the personification of some misguided new name, new identity. I don’t need to say those names. You have heard them. Maybe even said them. Maybe even worn them at times.

My novel-in-verse, A Boy Called Mo, is about such names. It’s about identity (and about how what is in a name can impact the way the world sees us). More on that in another post.

There is beauty, ugliness, and power in names. And this fascinated me, also.

As a boy, I loved watching movies about knights, wizards, dragons, magic. Most of them were admittedly “cheesy” by today’s standards (I mean, Game of Thrones is pretty special). But one of the things I remember from several of the movies from my childhood was the idea that when a wizard knows the true name of a thing he has power over it—another wizard, a dragon, a magical object. This was also a theme in a number of books I’ve read.

True names were, in those stories at least, sacred things. Everyone had common names by which they were known in their day-to-day lives, but the “true name” seemed to be connected to their very essence and was often kept safe. Like a treasure. In other stories, names and, thus, identities were kept secret.

Think of movies and books you know where names play an important role (symbolically, magically, even as clues to identities). Some of my favorites are The Wizard of Earthsea, The Hobbit, Harry Potter . . .

Odysseus cleverly says his name is Nobody to trick the cyclops.

The idea that our names, that what we call ourselves, might contain power, fascinated me all those years ago and it still does. Not merely as it relates to fictional stories, but also as it relates to our stories. The one we create and tell and live each day.

When I decided to pursue writing, to see if my passion was more than some casual interest or hobby, I didn’t call myself a writer.

I moved to L.A. and was spending 10+ hours a day at the page. And I couldn’t get enough of writing. I lived there for 10 months before ever going to the ocean and the beach which was about 15 miles away. But when people asked me what I did, I said, “Oh, um, well, I’m a former teacher, and, um, you know, an aspiring writer.”

I fumbled for words (ironic given my interest in wordsmithing).

When I started the MFA program at Spalding, and for most of this past decade since graduating, I did not call (have not called) myself a writer. At readings, when other people introduced me as a writer, I tended to cringe a little. I seemed to make excuses, tried to qualify the title with modifiers like aspiring and hopeful and wannabe, and with phrases like “I dream of one day becoming.”

Of course, during much of that time my writing was halted, was put on hold for various reasons, was in a state of suspension. So technically, I suppose, I was a Stalled Writer. A Writer in Stasis.

Last May, however, when I decided it was time I stopped all this lolly-gagging, when I decided I owed it to myself to give myself permission to write more routinely, I also started to consider myself as a writer. Sort of. If this blog allowed, that last part would have appeared in a much smaller, much more wispy font.

I started, secretly (i.e. in my own head) calling myself a writer.

Sounds like a small, trivial thing, really. But you remember the part above, the part about the power one has over a thing when he uses its one true name? Yep!

That’s why the names we call ourselves are so impactful. So important.

How many times have you called yourself something less than what you want to be known as (maybe echoing others, maybe simply given voice, or a name, to fears)?

Okay, so how many times have you called yourself by the thing you feel called to do? Compelled to be?

My friend, Cat, a wonderful person and talented yoga teacher, is all about the power of affirmation. Not because she’s blindly positive. But because she gets one simple fact. 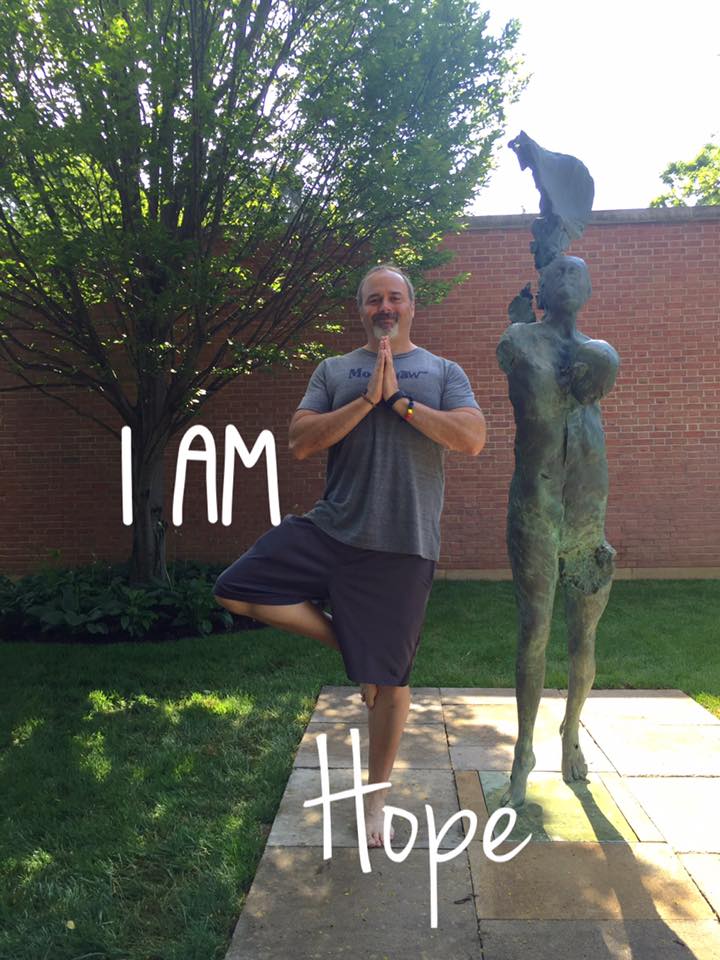 Affirmation – I Am Hope

What other people call us has the potential to change us into the thing we are being called (like magic, good magic or dark magic). For better or worse. The same is true of the names we call ourselves.

And, sure, some people are strong enough to not turn into that thing, to endure the name calling, but they still end up indelibly changed as a result of the effort. For better or worse.

That’s one of the themes of my book. Which I need to get to revising now.

I’ll just say this. Last week, I decided it was time for me to start expressing this belief (That I AM A Writer) out loud . . . or at least more externally. To start identifying myself as a writer. Oddly enough, calling myself a writer in my own head has filled me with something I hadn’t expected, something I had completely forgotten about all these years after those old movies. It has filled me with a sense of power.

That’s why, last week, I ordered a new personalized license plate and wait with anticipation for its arrival. The word on it is short and unadorned – POET LW.

For some strange reason, I cannot wait for it to arrive. To put it on my car. To see it every time I go somewhere. Reminded, again and again, of the name I have given myself. The one I think that speaks to my deep down self . . . to an essential part of my nature.

What’s in a name? Everything, I think. Everything.

The real question, however, is this – what is the name you call yourself?

“Armadillo” by Chris van Dyck is used via Creative Commons License on Flickr.