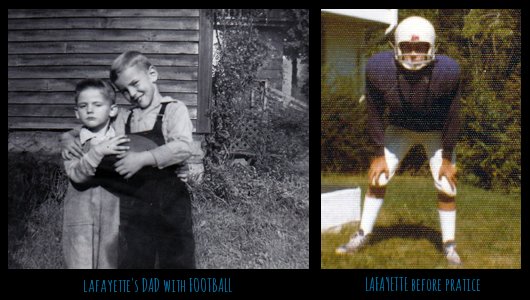 Some people think football is a matter of life and death.
I assure you, it’s much more serious than that. – Bill Shankly

Football and poetry have more in common than you might think. They’re both played on a field of sorts, each with its own specific rules, and each relies on teamwork. There’s a rhythm in the cadence of the QB, in the footwork of receivers. There are plosive sounds as vowels and consonants collide, not unlike the onomatopoetic nature of the game.

This is the first of several posts about football and poetry, and about how bringing the two together might just be one of the most important undertakings of my writing life.
END_OF_DOCUMENT_TOKEN_TO_BE_REPLACED