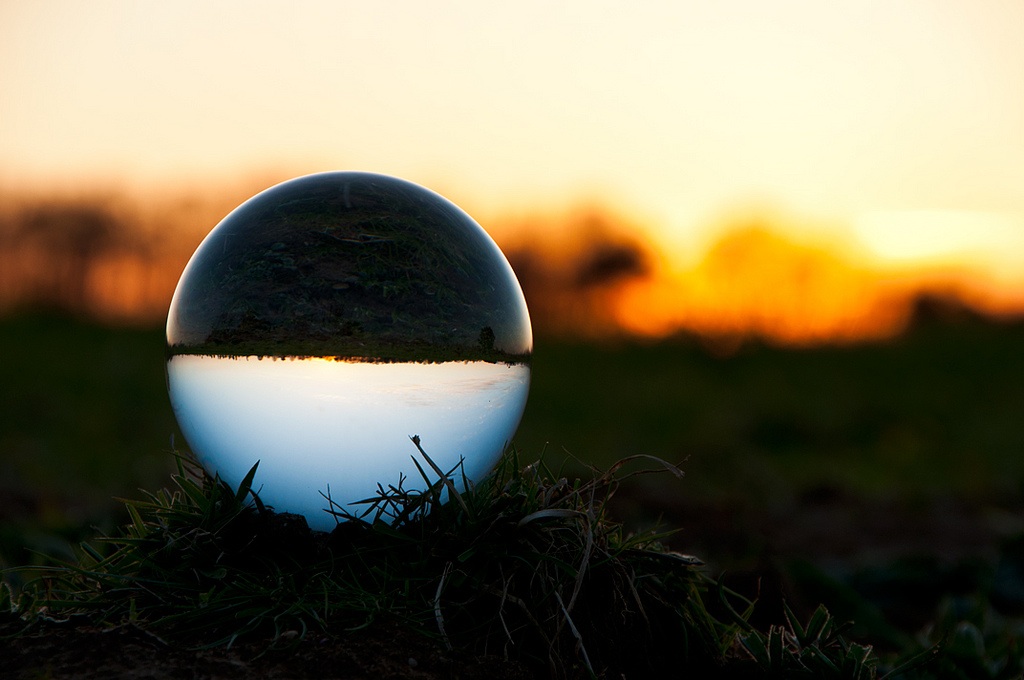 A Different Point of View by Simon Daniel Photography

“It’s not denial. I’m just selective about the reality I accept.” ~ Calvin and Hobbes

And what does that even mean?

Sure, point of view is a way of considering a thing, not limited merely to our sensing the thing, but involving an attitude as well (about the thing being sensed, yes, and often about ourselves).

I suppose a resistance to the words we don’t want to hear might be a form of self-preservation (of the ego, at least, and maybe of one’s dreams). I mean, giving up on our dreams seems to be more common than chasing them once we reach a certain age (that sort of cynicism seems to be taking hold in adolescence these days which is such a terrible shame).

If you’ve somehow found a way to hold onto those dreams, to chase them, your dream-preservation response is probably heightened.

Given the myriad pressures on us from so many directions to put aside the dream (you know, to let go of the “fanciful”), for the pursuit of the practical, I get the inherent need to defend our pursuit, but not at the sacrifice of reason. After all, sometimes the perceived criticism, sometimes the feedback, the insight, the advice, the idea being shared with us (wanted or not) has merit.

Sometimes it bears, at the very least, a seed of truth.
Which is often also a seed for growth.
If we recognize it, that is. If we allow ourselves to perceive it, to consider it, to weigh it, to examine it from various points of view.

I remember the first writing workshop I ever attended. The writer in the not-so-hot seat (she’d just received all sorts of praise for her work from each of us) was asked a question by one of us about a choice she had made.

Rather than explain . . . anything, actually; rather than inquire as to the reason behind the question which wasn’t framed as a what-the-heck-were-you-thinking-you-bonehead sort of way, but in a sincere I’m-curious-what-you-were-intending-to-accomplish-with-that sort of way, rather than considering the possibility that there was more than one way to look at the scene in question, she took offense.

I remember the smile free-falling from the writer’s face (all those positive, encouraging, good comments instantly jettisoned into the past), her eyes drawing tight, her voice suddenly strident. If she’d have been a cat, her back would have hunched just then, her claws would have extended. SPROING!

She became contentious in that moment and caught me completely off guard, catching a few others off guard as well, I imagine, including the person who had asked the question.

Look, it’s hard not to take perceived negative feedback personally. Had the writer stepped back, though, and considered her own intention for that specific part of the story, for that particular element, she may have realized that the question asked of her could have acted like a small flame lit in a dark cave.

In that moment, I realized that it’s quite natural to feel a need to defend our work, the way we might family or friends, to fiercely protect our dream and the work itself.

But that truth reminded me of another – it forced me to reflect on my own life away from the writing, and to ask myself, how many times have you overlooked flaws and negative traits and behaviors in someone you loved that you wouldn’t have tolerated for a minute from a stranger?

I mean, when we’re in a relationship with someone, we often overlook things that don’t line up with the overall image we have of that person. We sometimes ignore rather obvious blemishes (I’m not talking surface appearances, of course, but personality).

And maybe we do that very thing when it comes to our work, to “our babies,” the tangible fruits of our passion to create. Or, I should say, maybe I do.

Don’t think for one second, because I alluded to some other writer losing perspective when she was called to task, that I don’t get defensive. I do! I’d actually be concerned if I didn’t. But there’s a difference to that instant pang of defensiveness that immediately rises up inside us and the act of lashing out or of reacting by closing off any and all receptivity.

Those primal reflexes, those impulses controlled by the old brain, are inherently human survival tendencies, after all, which is exactly why, when we experience them with regards to our creating, we need to slow down long enough to evaluate the perceived threat (to consider what exactly is being threatened).

Sometimes, the criticism is the result of a simple misinterpretation (or miscommunication – for example, we think we’re being clear but perhaps we’re not). Sometimes it comes from a much more vengeful place, a desire by the critic to cut, to wound, to sabotage. Of course, sometimes it’s a beacon sliding over the dark waves beneath which hides the jagged reef that could potentially sink us.

If you create something you don’t feel compelled to stand up for when questioned, then what’s the point? Unless, as is sometimes the case, you don’t have an answer to the question. That could incite fear and self-doubt, absolutely, and, as a result, a sense of desperation, even a more hostile defense.

As Sylvia Plath put it: “the worst enemy to creativity is self-doubt.”

Instead of closing ourselves off to different points of view, however, that is precisely the time when we might want to open ourselves up to them.

That doesn’t mean blindly accept, and it doesn’t mean abandon your own sensibilities and intentions, it means identify those intentions and make sure you’re staying true to them, but also give yourself permission to consider alternative ideas. Many of them will fall flat (not just erasing any doubt, but reinforcing what you’ve done). Some of them will not work as well as what you already have. But if just one proves valid it might be the difference between creating something acceptable and something exceptional.

I’ll use myself as an example.

This past weekend, I attended the wonderful One-on-One Plus Conference put on by the Rutgers University Council on Children’s Literature (RUCCL) in New Jersey. I had submitted the first five pages from my Middle Grade novel, Xero Treu, the book I’ve been revising the past few months.

I went to the conference with the hope that the agent or editor with whom I was paired (one-on-one) would be so hooked by the sample writing she/he would have no choice but to offer me a deal right then. Okay, that she/he would ask me to send the rest of the manuscript and then offer me a deal.

The agent I was fortunate enough to be paired with, Charlie Olsen of Inkwell Management, was awesome. Not because he said what I wanted to hear, but because he asked me questions (about elements of the story, about how and why the characters connected, about the story’s arc), he called me out, for the purpose of determining if I had written with intention or if I had merely spewed onto the page.

He asked me questions for the purpose of getting a more complete perspective (he only had five pages from a 100,000 word manuscript, after all).

He even apologized for “challenging” me, but I was glad. Don’t mistake that to mean, I wasn’t disappointed. Of course I was. I wanted the trumpets to blare and the confetti to fall, and there were a few moments on the four-and-a-half hour drive home in the rain that I felt a bit bummed. But more than that, I felt excited by the possibilities Charlie offered me.

He could have read the sample and said, “this is great” and “send it to me,” and been done with me (more or less). But he took the time to consider the information he had (those five pages and my responses to his questions) to offer me some great tips and insight and even an idea I hadn’t though about, a change I’ll need to make that I believe will make the story even more dynamic.

He provided me with suggestions for research for a project I hope to work on in 2014. He asked me questions which required me to own my manuscript and my decisions and, in the process of discussing those questions, our dialogue led us to a wonderful “what if” moment.

And that WHAT IF, I believe, will make my novel even better.

One thing I learned at Spalding was that I can try any suggestion and, if it doesn’t work, I still have the original version to fall back on. Chances are, even if the initial change doesn’t work, it might take me to a new place I hadn’t even considered the same way Charlie’s questions did.

If I can’t answer those questions, that’s a pretty strong indication that I might need to step back and get a better grasp of my own work. Then I would have a reason to doubt, perhaps. But in order for me to dismiss any self-doubt, I need to own every aspect of the story.

Mindfulness is a catch-phrase of sorts when it comes to living your life, to happiness, to health, to making the most of your time, so many things really including the pursuit of your dreams.

When trying to create a novel that does all those things I mentioned above, that hooks people into wanting more (of course, you could probably apply these to any dream):

It’s easier to trust the elements that go into making up the story if you do those things. Then you’re left with trusting in your talent. You can eliminate so many factors that lead to self-doubt and fear which can stifle creativity and productivity (not to mention the unbridled joy of following your dream).

“To live a creative life, we must lose our fear of being wrong.” ~ Joseph Chilton Pearce

Growing up playing football, baseball, golf, basketball, I learned at a young age the value of constructive criticism. I learned the importance of being mindful of strengths and weaknesses.

“Everyone has talent. What is rare is the courage to follow
the talent to the dark place where it leads” ~ Erica Jong

Follow your talent! Follow your dream. When you do that, you’re really just following yourself. That’s the only person who can lead you to that deep down place inside. But don’t forget to be open to other perspectives, to look at yourself and your work, from time to time, from a different point of view.

You might just be surprised how much more complete that makes you in the end.