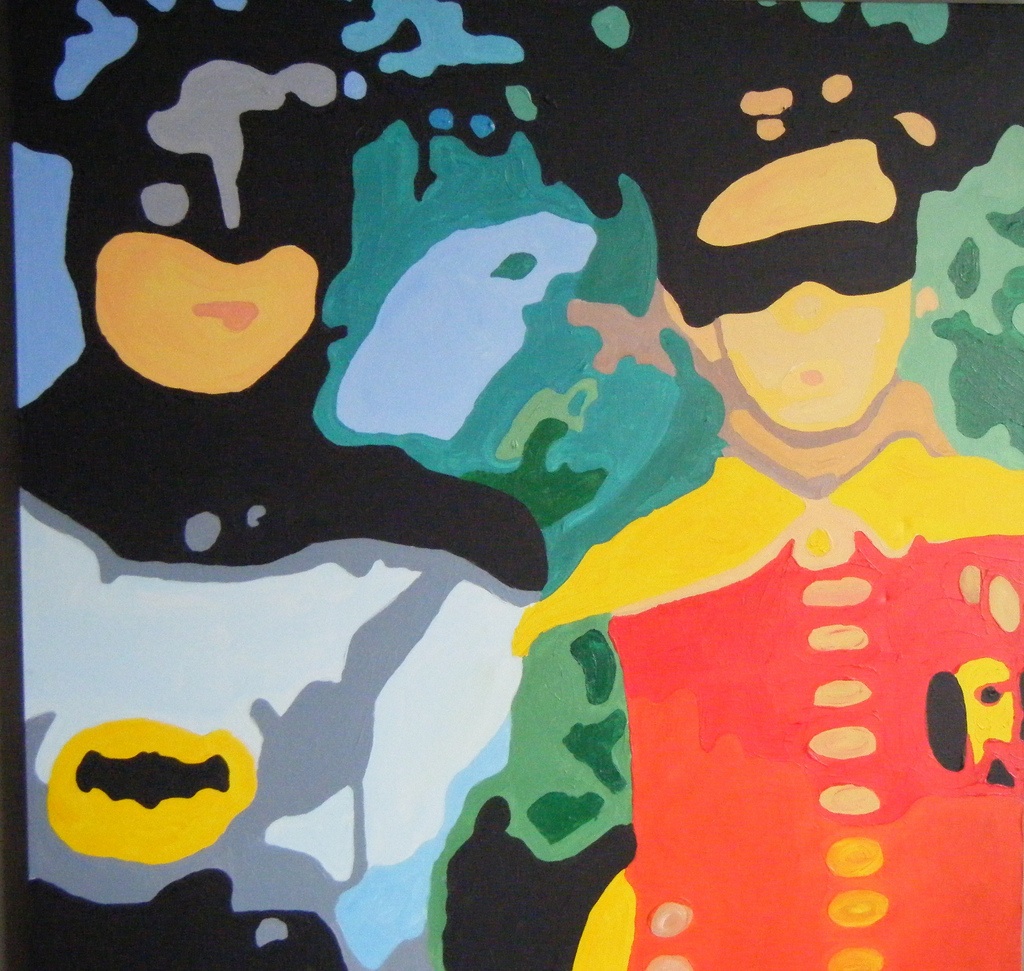 Batman and Robin by MrSchuReads

I didn’t grow up with some prized comic book collection, like one of the characters on Big Bang Theory might have, but I’ve always been a fan of superheroes. Still am.

After spending a few years without television, I recently caught up on the final season of Smallville. That’s right. I admit it.

And, yes, as a boy, I did imagine myself saving the world each time I leapt off the picnic table in the backyard, trying to fly.

As a boy, my favorite superheroes were Superman and Batman, sure, but I also used to imagine The Thing and The Hulk engaging in epic throw downs.

Maybe it’s the way each superhero has flaws, vulnerabilities, perceived weaknesses which they don’t just manage to overcome, but which, in the end, often turn out to be strengths as well.

Maybe that’s why Ron Koertge’s poem “Sidekicks” speaks to me so strongly, in part because it’s not a poem about superheroes, but about their sidekicks, characters who tend to exist in the background. They don’t usually represent the best of us, not in a sense of possessing superhuman abilities, but they do represent the best of us in the way they selflessly put the needs of others ahead of themselves, the way they exist outside the spotlight and still do what we need them to do. Not for fame, but because it’s the right thing. In some ways, they are misfits, yet misfits who often save the day.

The first time I encountered Ron Koertge was through the book Poetry 180, edited by Billy Collins, which is one book of poetry I’d recommend to anyone. Koertge has two poems in the book, but “Sidekicks” was the poem I encountered first. And it still resonates with me years later, the last stanza in particular.

They were never handsome and often came
with a hormone imbalance manifested by corpulence,
a yodel of a voice or ears big as kidneys.

But each was brave. More than once a sidekick
has thrown himself in front of our hero in order
to receive the bullet or blow meant for that
perfect face and body.

Thankfully, heroes never die in movies and leave
the sidekick alone. He would not stand for it.
Gabby or Pat, Pancho or Andy remind us of a part
of ourselves,
the dependent part that can never grow up,
the part that is painfully eager to please,
always wants a hug and never gets enough.

Who could sit in a darkened theatre, listen
to the organ music and watch the best
of ourselves lowered into the ground while
the rest stood up there, tears pouring off
that enormous nose.

(from Life on the Edge of the Continent: Selected Poems,
1982 University of Arkansas Press, Fayetteville, Arkansas,
reprinted with permission of the poet)

Ron Koertge is an award-winning poet and a teacher. He’s also the author of many novels for teens (like Stoner & Spaz – speaking of misfits, The Arizona Kid, and others). His most recent book of poems, The Ogre’s Wife, was publish by Red Hen Press, and his collection of flash fiction, Sex World, will be out this fall.

Respected by many, not just for the depth of his line, but also his wit. For the way he sees the world, the way he gets others to see it. His poetry is “marked by irreverent yet compassionate humor and a range of personas and voices.”

Poet Gerald Locklin, one of Koertge’s mentors, writes: “It has been apparent from Ron’s earliest published works – many of which long ago qualified as contemporary classics – that he was the most innately talented poet of his generation . . . With the years he has streamlined his style, with no sacrifice of brilliance . . . Had I the power to do so, I would (in a wink and with one) decorate him as the next Poet Laureate of these good ol’ United States.”

Sure, I like the irreverence and definitely the humor, especially when exploring serious matters. That’s exactly what I hope to do with my own work. But I also appreciate, quite profoundly, Koertge’s willingness to give voice to people on the periphery, and to show how much they really matter. I admire him for that. Even more than his talent at picking the right words. I admire him for seeing and for getting us to see.

I recently asked Ron Koertge, What Are YOU Writing For, and below is his response.

A small town boy from a hard working family, Koertge alludes to something many artists face regarding their passion – a lack of understanding from those closest to them as to why this thing called art – when he imagines the way his family would have responded had he told them of his love for writing. He’d have been met with confusion, and resistance, and an urge (albeit often born of good intentions and concern) to push him toward more practical pursuits.

He also admits to not being very good at writing in the beginning, but to the value of practice, something I think some writers forget is essential (all the work that doesn’t seem to pay off in the moment might just be getting you closer to your goal). Dorianne Laux and Kim Addonizio write in the opening pages of their wonderful book, The Poet’s Companion: A Guide to the Pleasures of Writing Poetry, that 90% of what we do as writers is “practice.”

Here’s the very talented poet and young adult novelist, Ron Koertge, on what he’s writing for.

Why I Write
by Ron Koertge

I started writing in college because I ran into people who took poetry seriously. That amazed me. If I’d told my parents that I liked poetry and maybe wanted to write it, they would’ve looked at me as if I were a stranger. A hobo, maybe. Someone they’d never seen before and were suspicious of. Even if I’d said something less baffling like, “I might want to be a writer,” my dad would’ve advised me to, “Do something you can fall back on.” And I would’ve said, “Like a mattress?” And he would have been doubly baffled.

My background is blue collar at best. My parents were poor and worked hard their whole lives. I know my mother expected me to marry one of my high school girlfriends and live in Collinsville. (Oddly enough, the poet Robert Wrigley and I are both from Collinsville, a small town in Illinois. Was it in the water?) But college did what it’s supposed to do: offer alternatives. 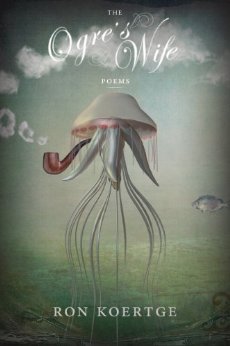 The Ogre’s Wife by Ron Koertge

I liked writing; I wasn’t very good at it in 1960, but I liked talking about it and, in a sense, practicing. It was clear to me that anybody who got good at anything put in the time. Jocks in my fraternity worked out at least three times a week. Shouldn’t a poet do pretty much the same thing?

It wasn’t until graduate school in Tucson, though, that I started to submit poems to magazines. I did that under the tutelage of Gerry Locklin, someone who also took poetry seriously but – here comes the oxymoron – in a light-hearted way.

Once I’d had some poems accepted and published in magazines like The Wormwood Review and Poetry Now, I was hooked. Seeing my name in print gave me a rush. It still does.

So that’s one reason. The other is this – I have a knack for writing. I like to bet on horses, but I don’t look them in the mouth when they’re gifts. It seems rude to not use this gift of mine, a gift I didn’t ask for and might not deserve, but there it is.

Some gifts – like that orange boat-necked sweater – can be easily put aside. It seems to me, however, that a flair for poetry and prose should be valued and cultivated. Maybe flair turns into aptitude. With work and time perhaps that turns into craftsmanship. I know the gulf that separates craftsmanship and art can be deep and wide but others have found a way across.

“Batman and Robin” photo at top by MrSchuReads is used as per Creative Commons License on Flickr.